4 Mini Reviews: The End We Start From; The Doll's Alphabet; The Floating World; and Heather, The Totality 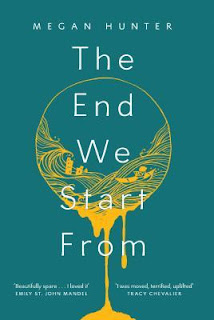 The End We Start From by Megan Hunter released May 18, 2017 from Picador
I hunted this book down at Book Expo this summer and may have squealed when I finally figured out where the publisher's booth was and the wonderful representative pulled a copy from a bottom drawer like a rabbit out of a hat. Imagine giving birth to your first child while everything you know is wiped out--navigating motherhood while you navigate an entirely new landscape. This slim novel poetically glides through the life of a small family following a massive flood. Categorically a dystopian novel, but an achingly beautiful read. 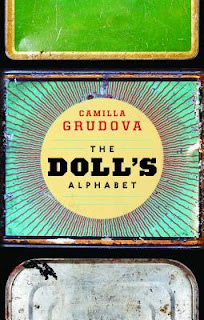 The Doll's Alphabet by Camilla Grudova released October 10, 2017 from Coffee House Press
I reached out to the publisher to obtain a copy of this release and read it shortly after I received it, but have been delayed in reviewing it. This collection of short stories gave me nightmares when I first read it. Not gory, bloody stuff or the "someone's chasing you" types, but dark, unsettling visions. I had to stop reading this book before bed but I absolutely didn't stop reading it. A combination of Kafka, Atwood, and Tim Burton; the stories in The Doll's Alphabet are woven to present a singular edgy collection that lies just on the "weird" side of horror. *Disclaimer: I received this copy in exchange for an honest review* 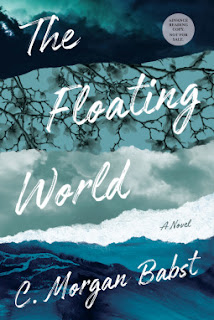 The Floating World by C. Morgan Babst released October 17, 2017 from Algonquin
Travel to the heart and aftermath of Hurricane Katrina with one of New Orleans oldest families, the Boisdorés. One daughter refuses to leave the city and her parents evacuate without her, setting off a cataclysmic chain of events. Another daughter returns to a post-Katrina New Orleans from New York City to find devastation everywhere: her parents' marriage crumbling, her sister's sanity slipping, and the citizens of the city displaced and scattered. I couldn't believe this was a debut novel. The slow personal burn of this fictional family gave me another look at an event I was previously only able to process from graphic news footage. *Disclaimer: I received this copy in exchange for an honest review* 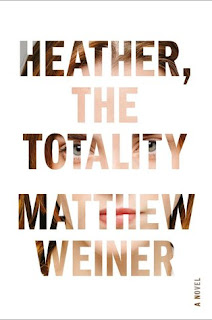 Heather, The Totality by Matthew Weiner released November 1, 2017 from Little, Brown, and Company
I tried hunting this down at Book Expo but had no luck. I later received a copy from a Bookstagram buddy (@lovethybook) during a book swap. I wanted to read it because I was interested to see what sort of short story Weiner would write. It was uncomfortable and creepy. Imagine a SVU episode titled "Testosterone, Misogyny, and the Male Gaze". If that sounds like something you'd like--read this. Otherwise, take a pass.

Judy Krueger said…
Wow! Quite a collection. I am not a short story fan but both novels sound intriguing.
December 8, 2017 at 11:45 AM 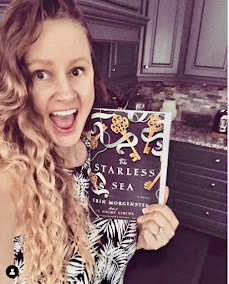